This morning at church, a friend asked, "Where do I take a guitar to get it re-strung?".  I said I'd do it.

After the service,  I followed her to her car where she had the guitar.  She said her dad had purchased this guitar before she was born and it has lots of sentimental value.

It was a HUGE case and it weighed a ton.  I lugged the case and contents to my car and opened it.  Inside was an Epiphone jazz box.  The label inside proclaimed "Emperor".  I was pretty sure that this was a top-of-Epiphone's-line of guitars, but I couldn't tell its age.  I told her I'd investigate, string it, and return it.

The serial number, 16700, means that this guitar was made in 1941.  And, I read that it is indeed a higher-end Epiphone.  The acoustic Emperors like this one seem to have been deemed more collectible than the electric ones.  Therefore, this guitar has more than just sentimental value.

Now that it has fresh strings, it plays like a dream.

Moral of the story:  Say "yes" to changing other people's strings. 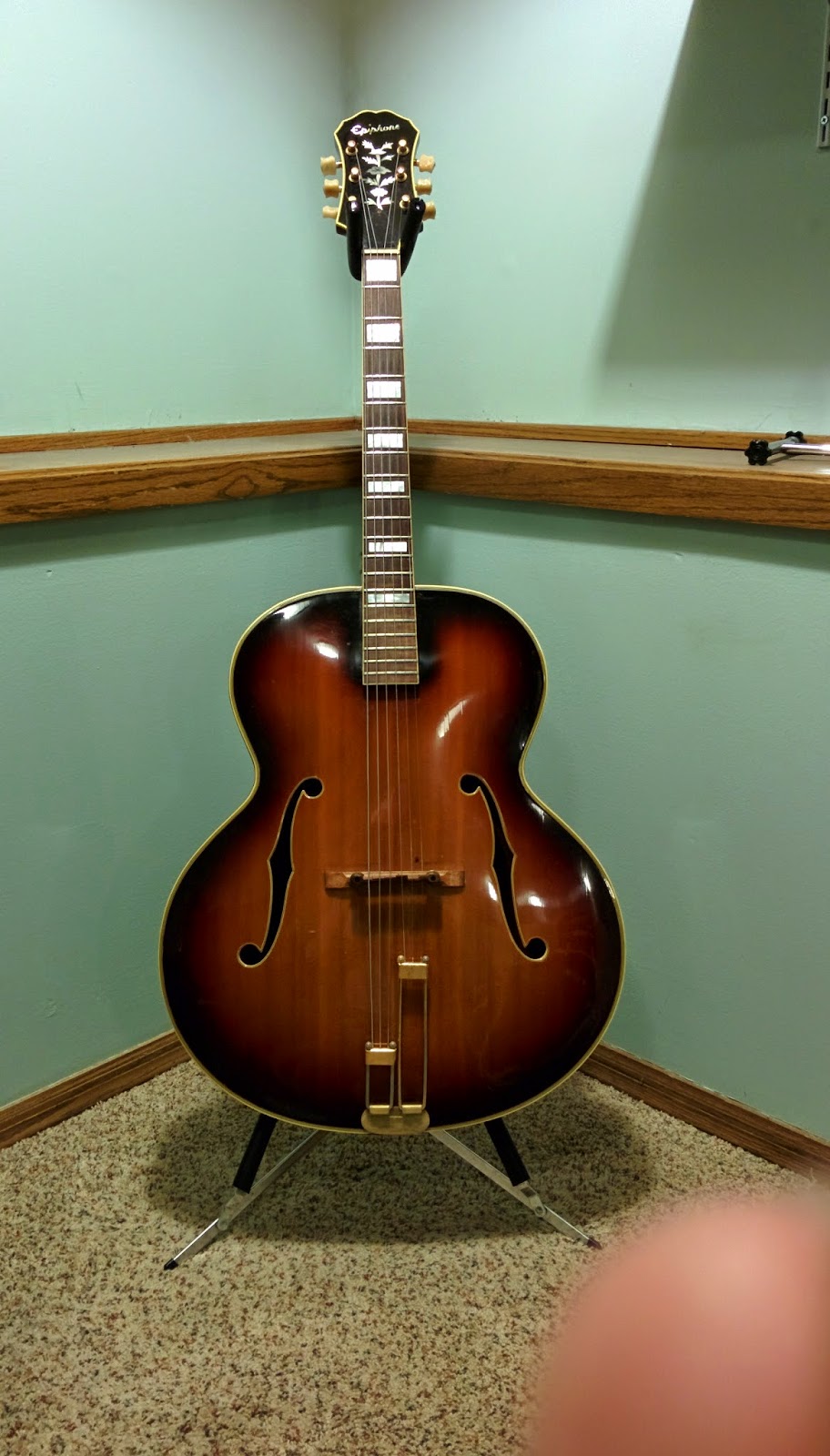